Christina Makes the Bookish Rounds is a feature that will let you know about recent MG/YA/NA book related news. I'll post about articles from the publishing industry, cover reveals, discussions from fellow bloggers, the latest tv/movie news, and giveaways that you're hosting. If you would like to follow along with cover reveals during the week, see my Pinterest. (If you're interested in how I make these posts, here's your guide.)

Vote in the Book Shimmy Award Semifinals! You can also nominate your favorite teen reads for the Teen Choice Book of the Year Award until February 2, 2016.

A brief summary of author and industry events from last week.

These 10 YA Fiction authors ruled 2015, including Sabaa Tahir, who in addition to what the article says, also has the BEA children’s breakfast next year.

We Need Diverse Books is launching a campaign called Drum It Up, trying to sell copies of Drum Dream Girl: How One Girl’s Courage Changed Music, by Margarita Engle and illustrated by Rafael López. Engle is the first Latin@ author to win the Newberry. (“From November 28 to January 1st, bookstores will be drumming up interest in the book by striving to sell as many copies as possible.”).

Algonquin YR, specifically Workman, has announced a new campaign: I Love MG. On Twitter, they’ll be discussing it January 25-29.

You can follow along with the January release dates of 2016 debuts with this printable calendar. Other calendars for other months to follow.

The most reblogged books on tumblr include Harry Potter, Percy Jackson, and the Raven Cycle.

A really interesting article on colonial narratives in science fiction. Considering that Star Wars is SO popular right now, I’m willing to bet that the Next Big Thing/Trend in YA will be sci-fi. (Fantasy is everywhere--because Game of Thrones is popular. There’s an upswing in time travel novels because of Outlander. Star Wars ⇒ sci-fi or science fantasy, really, is going to make its comeback.).

The most important writing from people of color in 2015. Great links ahead--my reading for the rest of tonight.

The Youth Media Awards will be announced January 11th. Sam Bloom discusses his experience as a white male judge for the Coretta Scott King Book award.

A wishlist from the mods at Writing With Color: “this page is a resource for writers, so we thought writers might want to know what kinds of representation would make us more likely to get excited about your book. We don’t speak for everyone in our demographic, just ourselves, but we hope this post gives you some cool writing ideas.” Can I also flail? Because I’d love to read books with the characters they’ve mentioned as well.

Moral of the story: Pursue what you love, regardless of your gender.

Black Comic Book festival is at the Schomburg Center Jan 16.

Kaye @gildedspine has formed @themuslimsquad: “We are called The Muslim Squad because our particular interest and concern is in boosting and supporting Muslim voices, which is crucial right now."

If you’re looking for soome book recs, #GayYABookClub has got you covered too!

Maryland will be mailing free books each month to Baltimore’s children.

Publisher's Weekly compiled its most popular posts of the year. 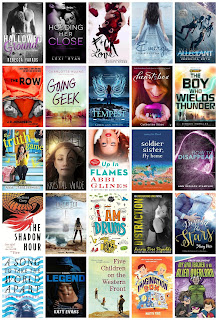 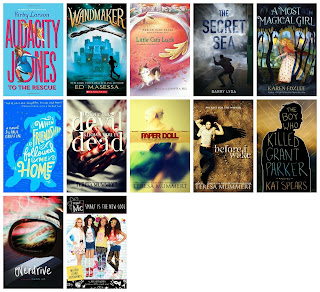 Hardcovers will be published with the original Winner’s Trilogy covers, while paperbacks will have the new cover design.

According to the Kirkus blog, these were the stand-out YA reads of 2015.

I like how Penguin Teen is writing more blog posts grouping its books under themes or, like here, discussing the excitement for Salt to the Sea with reader tweets.

If you’re a fan of Jesse the Reader, Kat of Katytastic, or Christine of Polandbananabooks, check out this interview on their virtual book club, when they first met, etc.

Are you a Jane Austen fan? These 6 book recommendations are for you.

Things that book nerds do during the holidays -->I definitely tried planning out what I was going to read, though, er, that may not be going so well so far lol.

What do you gift the book nerd who has everything? Heh. My mom just convinced my brother to give me a Barnes & Noble gift card, so that’s one option?

Quotes on loving yourself.

Vintage photos of people in libraries. Libraries helping kids since their inception.

This season, get your book gifts from a bookstore.

Rebel of the Sands by Alwyn Hamilton may have a ship similar to Han/Leia from Star Wars.

YAS YAS YAS can we all discuss how awesome it was that they cast a black Hermione?

I compiled 6-7 months worth of news from THIS SECTION in my bookish rounds here → YA Adaptation (Movies & TV Shows) Round-up. It doesn’t include what I mentioned two weeks ago or last week or even this week, but it’s a running list of things optioned, things with actors attached, things released next year, etc.

The Between Shades of Gray movie seems to be moving forward: a conceptual film sketch.

A picture of Tim Burton and Asa Butterfield working on the Miss Peregrine’s Movie.

One month until The 5th Wave movie releases. I actually saw the trailer preview before Star Wars, which must’ve taken a lot but also hit core audiences, huh? Anyway, here’s a behind the scenes look at the movie.

If you didn’t already know, the cast for the Harry Potter and the Cursed Child London play was announced: Jamie Parker, Noma Dumezweni & Paul Thornley. Some people were up in arms about a black Hermione, but J.K. Rowling pwned them all by pointing out the white default and how a black Hermione is not only possible but also WELCOMED. I saw loads of tweets on #BlackHarryPotter, which is also YASSSSSSSS. (I wish the new illustrated versions of Harry Potter also had Black Hermione or other black characters. Alas.).

Oh, hey, oops, here’s another movie I missed: Ghostbusters has released a promotional photo, and the movie’s being released July 15. (Even more character posters here!).

There are a couple of new Allegiant posters you could check out, mainly of Tris and Four hugging with quotes from the book as captions. Also the poster that’s on the movie tie-in version of the book (which I featured above).

Lionsgate has pushed back Allegiant Part 2 / the final Divergent film / Ascendant to June 9, 2017.

The season 3 poster for the 100 was released.

I don’t really cover Pretty Little Liars that much, but check out the poster for the next season.

The Before I Fall adaptation is done filming. Another picture, a drenched photo, Kent’s party, drinks thrown at Juliet, and a round-up of other photos here. You can follow the movie twitter here, and it’s reported to be released in 2016, after all.

An animated poster for The Jungle Book adaptation.

Netflix has acquired rights to The Shadowhunters TV show so that a day after the episode airs, it can be played on Netflix.

Another movie I forgot to cover? Fallen by Lauren Kate. Looks like that will be releasing sometime in 2016.

And according to this MTV list of read the book before you see the movie, Nerve by Jeanne Ryan is set to release sometime in 2016 as well.

The Emily Windsnap series by Liz Kessler will be developed into a movie by Robert Stromberg.

Adventures in Children's Publishing giveaways: Win a book pack of popular or recent YA titles, plus swag to help reward readers, for underfunded classrooms, schools, or libraries. Know a school or library who needs books? Nominate them!. Ends 1/1/16.

You have until January 1st to complete your Storyboard Sprites board and win a book up to $15.

New YA Releases (the week of Dec 23): This Raging Light by Estelle Laure, Reduced to Dust by Gabrielle Arrowsmith, See How They Run by Ally Carter

ALSO! If you follow this and want to know the release date of 2016 debuts, check out this printable calendar (with only January listed but other months to follow).

Recent Recommended Reads: You can read my raving recommendation of The Mapmakers trilogy by S.E. Grove. I'm on vacation... and still need to write a review for Passenger... and make a best books blog post. lololol okay, so there may also not be a bookish rounds post next week - not sure if there will really be enough since a lot of people seem to be on vacation. But also, it's really hard to motivate yourself on vacation. Woo! Happy reading, y'all!

Which articles did you like best? Did I miss any news? Did you host a cover reveal or discussion that I should have posted about? A giveaway? Leave the links, and I'll either edit this post or post about 'em next week.
young adult middle grade publishing new adult discussion giveaways YA lit YA Books BOOK TO MOVIE ADAPTATIONS BOOK TO TV ADAPTATIONS BOOKISH ROUNDS COVER REVEALS book news book blogs
Tweet